NOTE: Periodically I will be posting diary entries chronicling the trials and tribulations of becoming a substitute teacher at my age (52). I hope they shed some light on the good and not so good parts of this under-appreciated profession.

Professions in the creative arts are difficult to sustain or make profitable.  When you have a family to support it just compounds the problem and so alternate professions are usually sought.  I am no exception and the impetus for becoming a substitute teacher, and hopefully a fully certified teacher at some point, was obvious.

Here in California, where I live, they have placed some of the most stringent standards for those wanting to become substitute teachers.  I hear in some places any Joe off the street can become a sub with little to no proof of ability.  In California and Oregon you need to pass a standardized test called the CBEST: California Basic Educational Skills Test. 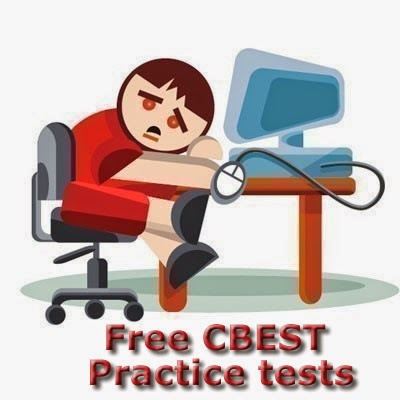 It is a computerized-based test consisting of three sections which you can take individually or all together in one session.  There is a reading comprehension section, a math section and a writing section.  I wasn’t too worried about the reading and writing – heck, I’m a writer but the math…I was petrified after looking at the practice tests.  I knew I had to cram in order to pass as it had really been since high school that I took any kind of math class.  Oh, in college I took a statistics class to satisfy a prerequisite but I barely got through it.  As you can tell, numbers are not my specialty.

The reading comprehension wasn’t all that easy, either.  It took several practice tests to see the type of questions to know how to read the passages efficiently – and they try to trip you up.  With the writing section I would have to rely on my years of experience but I realized quickly that I would need to stick to basic academic essay style and format – no free verse.  Time was critical so I decided to take all three parts in one long session given at a designated testing center located at a local school district facility.  Before testing my wife tutored me on math (that’s her thing) and I took as many practice tests as possible.  It would be the first test of this kind I had taken since the GRE many, many, many…did I say many years ago. 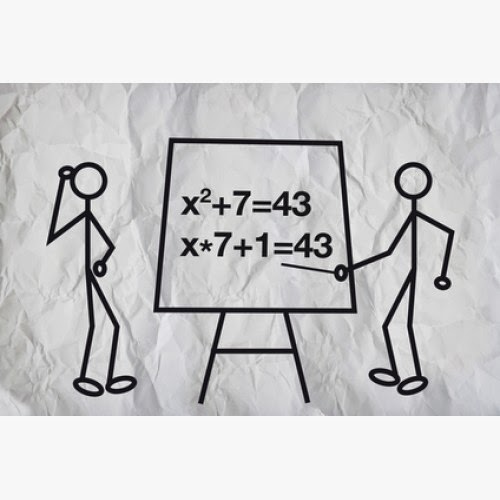 On the evening of the test I was a bit nervous as I was shown my computer station in a room with about 30 stations.  There were already about ten people taking various tests at different stages.  I sit down and log on.  I had already watched a tutorial at home on how to navigate their system and so it wasn’t totally foreign.  Then it came time to hit the GO button.  It was timed and a little countdown clock in the upper right of the screen constantly reminded you how much time you had left.  I had four hours.

My strategy was to tackle the math first – you could do any section in any order and mark questions in any section that you would like to come back to later.  I figured I might as well get the hard stuff done first since I could whiz through the reading and writing.  My strategy proved correct since the math took two thirds of the time to complete.  They give you white boards to use instead of scratch paper but when you run out of space they bring you another white board – I guess it was environmentally better.  I used two white boards.

By the time I got to the two essays I had about 30 minutes left and used almost all my time  - I think I logged off with three minutes to spare.  It didn’t leave me much time to edit the essays so I hoped they made sense and had topic sentences and enough supporting paragraphs, oh, and a conclusion.

Once completed my passing the test was certainly in question due to the math.  I was aware that I would receive my scores on math and reading after before leaving the center – the writing score and thus the overall passing score would come via email in ten days or so.  I was nervous when they handed me the print out of my scores.  Reading pretty good but math…just barely enough depending how I did on the writing.  It was a waiting game.

Not passing a basic education test would make me feel like a real putz, even though it’s been decades since I was in school.  When I finally got the email with my writing score I was anxious to look and even hesitated slightly.  I was pleasantly surprised to have done extremely well on the writing and so passed the CBEST on the first try.  I would later find out that for many subs took two or three times to pass all three sections. 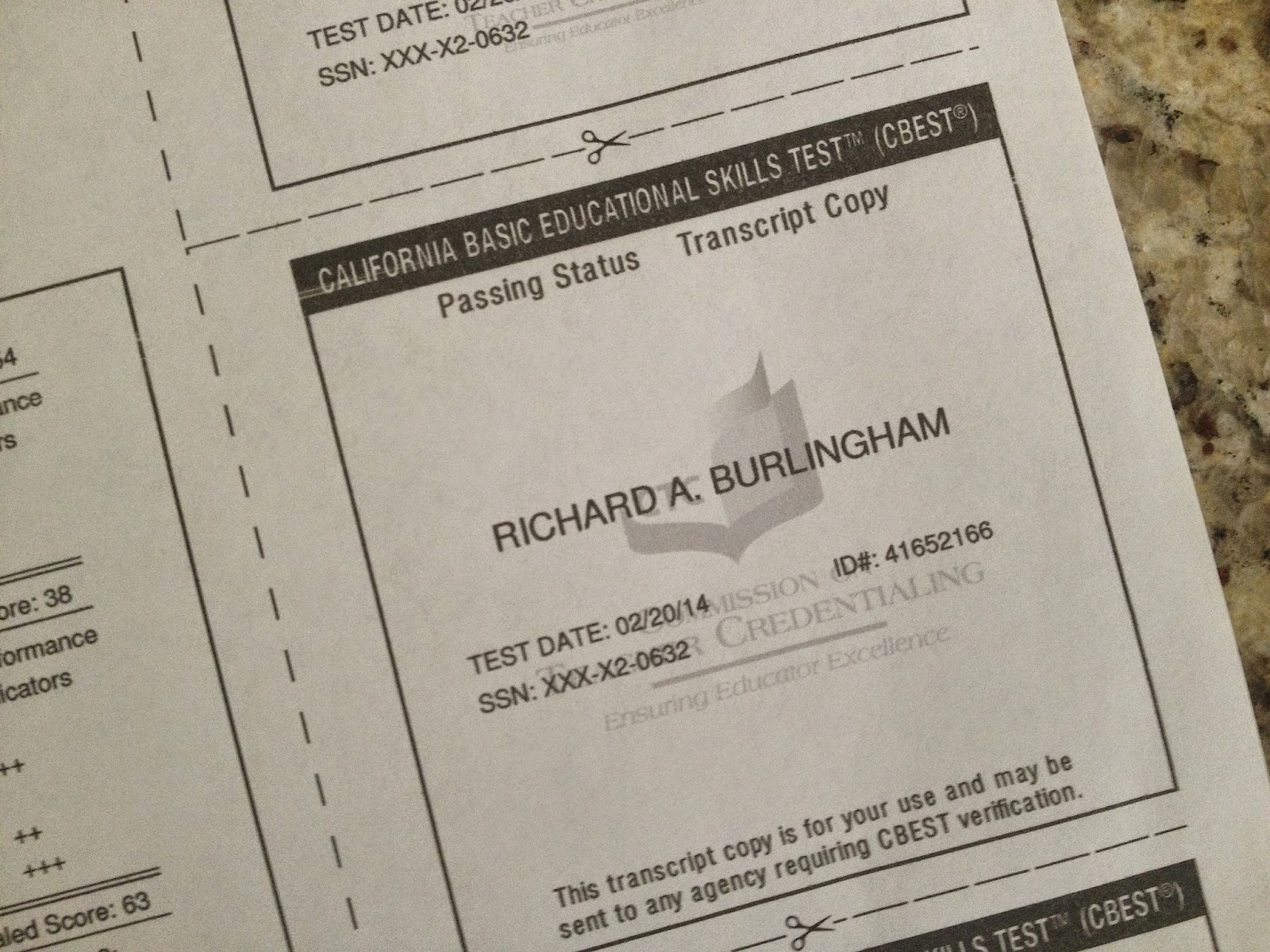 Passing the CBEST was just one of many steps (and costs) before I could enter a classroom.  Districts are all different but all required to see your Social Security Card, not just the number but the actual card…I had lost mine a long time ago and have never needed the actual card.  I had to request a new one from the SS Administration, which took 10 days.  Some school districts required sealed college transcripts so they had to be ordered from my university.  All need me to be fingerprinted for clearances by the FBI and Dept. of Justice – at my cost and it’s not cheap, though for substituting the resulting report goes into a county database accessible by all districts.  Then there was applying for a 30-Day Permit from the state through the county – another cost.  All in all it was about $400 – four days of teaching to pay off.  Some districts also required you to sit through a bunch of training videos on child abuse and mandated reporting.  The funny thing – no training on actually being a substitute or teaching – it is totally on the job training and something for the next installment.

Posted by Rich Burlingham at 9:02 AM