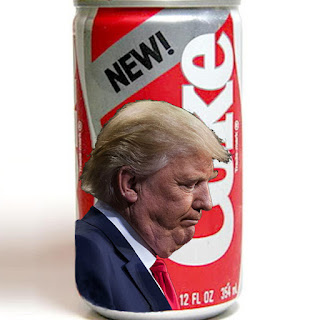 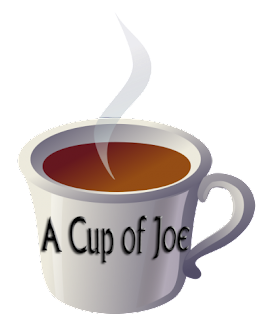 Posted by Rich Burlingham at 4:46 PM No comments: 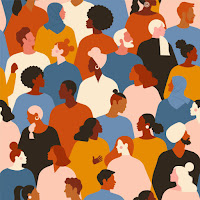 It irks me every time I have to check off a “race” box on any form asking for demographic information.  It’s not that I don’t want to provide accurate information about myself, but it’s because the very idea of race as we use it today is a human construct created to keep “white” Europeans at the head of the food chain.  The idea that humanity can be divided into four or five types of humans is relatively recent. The word race was used infrequently before the 1500s and used to identify groups of people with a connection, such as a race of clergyman. In fact, the ancient civilizations would have laughed at how we use race in this country. During most of human history a mixture of cultures, body types, ethnic traits was commonplace. The bottom line is that we are all 99.9% the same biologically, all deriving from the same group of people in Africa. There is no scientific basis that we are genetically any better than anyone else. We may look different but that’s because some humans ventured out from Africa looking for food sources or to simply explore strange new worlds because we’re naturally curious.  These new environments changed our make up a tiny bit here and there depending on climate and other geographical reasons.  While race isn’t real, ethnicity – that which makes us who we are based on the culture and customs of a society – is real.  You can criticize me for not being able to dance well or how I like to watch hockey or how I was born in New Jersey, but not because my skin is white or eyes blue.
The idea of race as used today began with Europeans, more notably the English, for our purposes, and their belief that they were superior over other people, more specific, the Irish, who they believed were savages.  They brought this idea to the New World in the 1500s where they needed large amounts of labor to tend to the new lucrative crop of tobacco.  After discovering they could not count on the Native Americans to help them (a great many died from European diseases), they turned to indentured servants from Europe, including many Irishman, but also some Africans and others brought in from the Caribbean islands occupied by the Spanish and French. Indentured servants were not slaves, but they were treated almost like slaves, but once they fulfilled their contracted servitude, they were free to do what they wanted.  Some Africans became farmers and businessmen on their own right, free to do what they wanted alongside their European friends. 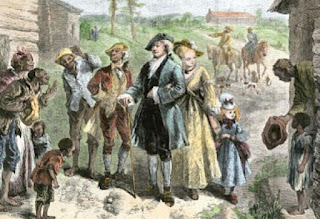 At this time in early colonial history many ex-indentured servants, both Europeans and African, were kindred spirits, with economic similarities bringing them together. During the famous Bacon’s Rebellion, it was the indentured – of all types - who felt disenfranchised by the wealthy plantation owners and fought for their rights to help their plight, but they were put down.  When the stream of indentured from Europe slowed to a trickle, due mostly to economics and increased land cultivation, and, the fact, that Native Americans were not an option because they could easily escape into the frontier, the landowners had to find new sources of labor that they could control, and many traders were willing and able to fill the gap.  The reason Africans became the choice labor source was due to their skills at cultivation and craftsmanship. These landowners hid behind Christian beliefs to justify enslaving these Africans, creating a hierarchy of humans with White Europeans on top and others below. They had to separate them out in order to say they were inferior, and thus okay to treat inhumanely. The color of their skin was just a convenient way to distinguish these heathens from their white superiors.
The color-coded system of determining a person’s place on the hierarchy began to take place during the 1600s in colonial America.  The term “White” previously was used to distinguish privileged women who stayed at home and did not labor, but not men, who were to venture out of the home to work, as did poor women. With the need for vast amounts of labor to fuel the economic engine in the colonies slavery was instituted and to justify the enslavement of Africans and other “colored” peoples, the color hierarchal system was put into place, and race, as a common term, was born.
Race, as a way to distinguish groups of people, is an English colonial invention.  Slave traders of all types were very willing to take advantage of this, bringing boat loads of Africans to the shores of first, the English colonies, and then the American states.  The idea of white privilege was so intertwined with religion and economics that with each generation it became engrained in the psyche of Americans and thought of as natural. Soon, generations of enslaved Africans became Americans who had no idea what a life of freedom was or could be.  The boxing of people into categories also became part of the psyche of America and continues until today, becoming part of the bureaucracy of government…and thus the need for the race boxes on almost every form you fill out.  At least lately you have a choice – you do not have to check a race box, you can decline, and I urge that everyone do this so that we can finally put an end to using race in demography.
But while using race can be eliminated more easily, racism, is another factor altogether. The Oxford Dictionary defines racism as:
“prejudice, discrimination, or antagonism directed against a person or people on the basis of their membership of a particular racial or ethnic group, typically one that is a minority or marginalized”
So even if we eliminate race as a way to distinguish people, it doesn’t eliminate racism because we still use ethnicity as a way to refer to different groups of people.  Racism is like the fuel behind the fire. It is the philosophical ideas that were behind the initial idea to categorize people in the first place – that one group of people was fundamentally better than another. Unfortunately, racism is engrained so tightly in American culture that it will take a long time to sniff out. This idea that I’m better than you simply because I’m a certain color is so flawed as to be laughable, but so many people still believe it, because it’s what they were taught. But people also think that because one group says things a certain way or eats different foods or has different rituals that they’re below them on some sort of hierarchal scale is also ridiculous.  And that is where we must begin. We must admit that race should not be used to separate groups of people, but we must also admit, as Americans, that racism is deep-seated in our psyche and must be surgically removed.  It is a tumor that we must find a way to expunge without killing our country and the values we find important: life for all, liberty for all and happiness for all.
Citations
https://www.cell.com/ajhg/fulltext/S0002-9297(18)30363-X
https://blogs.scientificamerican.com/observations/the-concept-of-race-is-a-lie/
https://nmaahc.si.edu/learn/talking-about-race/topics/historical-foundations-race
Posted by Rich Burlingham at 4:33 PM No comments:

It's Been A Long Time

September 15, 2020
Hello World,
It's been a long time since I contributed to this blog and a lot has happened since 2014.  I continued my path into education, first becoming a substitute teacher, then entering a credential program. And then another, after a very bad stint as an intern teacher.  I finally received my single subject social science preliminary credential from California State University - Channel Islands in May of 2018 and then soon after my Career Technical Education credential in Arts, Media and Education.  But I have been unsuccessful for the past two years in securing a full time teaching position and especially this year where there have not been many opportunities.  Only a few interviews that haven't panned out.  I have been tutoring part time and was driving for Lyft until the pandemic hit.  Now, my job search has expanded to include my old work as a writer, director, producer, editor, actor, journalist.  And I have decided to regularly contribute to this blog.  So if you stumble upon this and decide to read either old or new blogs, feel free to leave a comment so I have an idea that SOMEBODY is reading and I'm not just screaming to the wind.  Thank you and see you in the funny pages.
Rich
Posted by Rich Burlingham at 11:03 AM No comments: